What is called Bastille Day in most countries, is actually known as “14 Juillet” in France or “14th of July” translated. It is a very important national celebration, perhaps the most important one. It celebrates two main historical events of the country but above all of that, it celebrates the existence of democracy.

The first event is what people commonly know le 14 Juillet for, “La Prise de la Bastille”. On the 14th of July 1789, the revolutionaries attacked and captured “La Bastille” prison. It was a small battle but the symbol of it was so strong it had a major influence on the rest of the conflict. The second one is “La Fête de la Nation”. This celebration happened one year later. The meaning of this commemoration is way beyond the capture of the Bastille prison, it is the symbol of the beginning of modern democracy and the unity of the French people.

Nowadays, Bastille Day is celebrated throughout the country with many events. Fireworks are organized in every city, but the biggest one is if course in Paris. Still in the capital, the most famous event of this day is the military parade on the Champs-Élysées avenue. Many heads of state are invited each year to attend.

We’ve chosen to recreate the famous Paris-Brest because we wanted an iconic pastry for this very special day. Made from a choux base, hazelnut mousseline and a white chocolate plaque with a French Flag dusted on top. We have customized the traditional Paris Brest from a round shape to an eclair for a unique look. 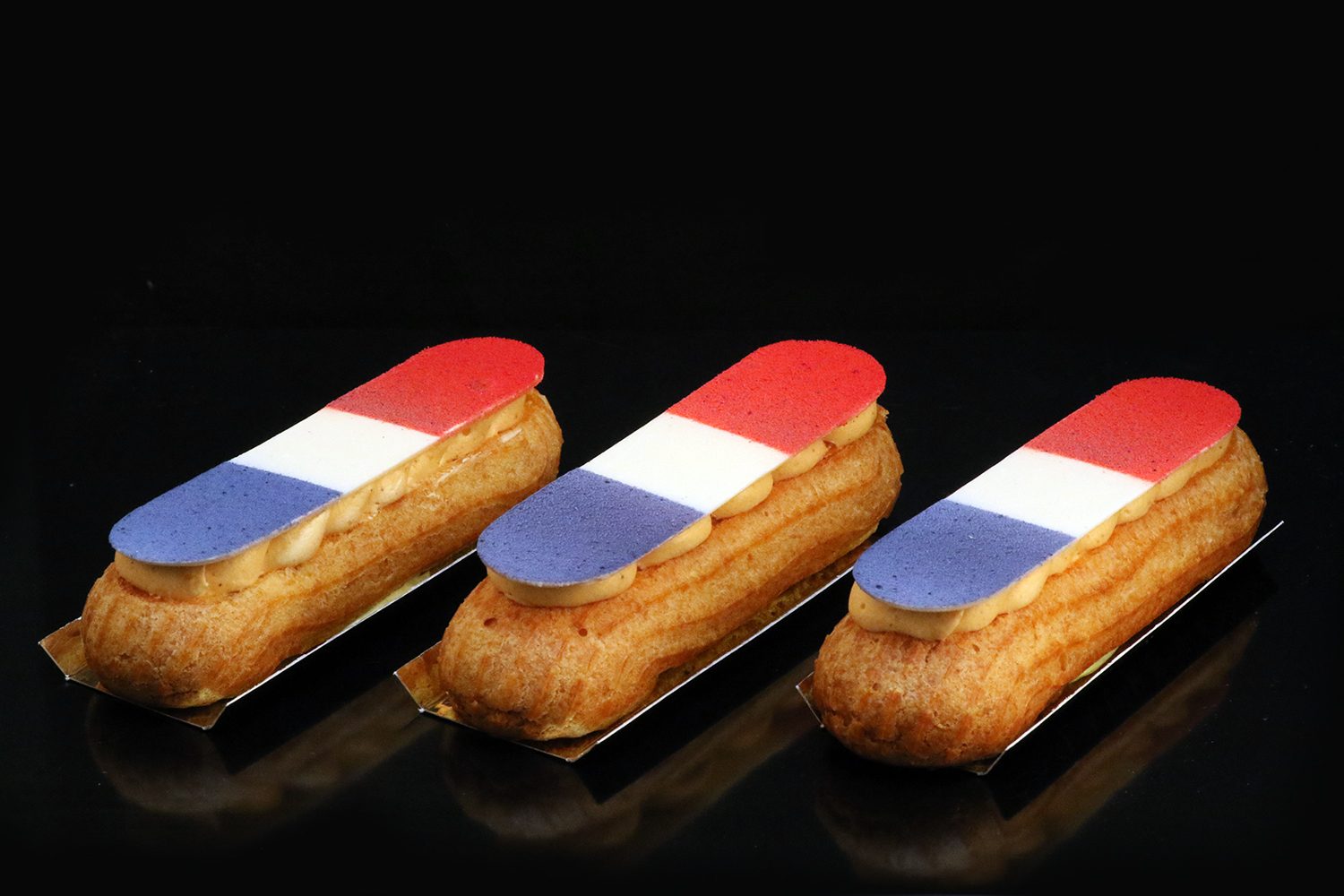